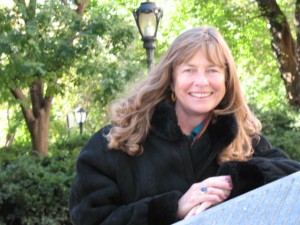 When I was about six years old, I had an ineffable experience of Light.  In this epiphany, which took place one summer evening in the garden of the vicarage in England that my family lived in until I was eight, I knew that I came from this light and that I would return to it one day.  As a child, I didn’t have words for this experience; those only came much later, and only minimally do justice to the experience. But the experience endures and is vividly imprinted on my memory.

I tell this story because I firmly believe that we come to this earth already quite developed, as if we bring with us all the memories of other lives that, though in fact they may be lived simultaneously rather than sequentially, nevertheless inform our chosen incarnation here now, on earth, in time and space.  During this lifetime I have also had other experiences of Light that have been life-changing:  in Israel when I was eighteen at the Sea of Tiberias;  a vision of what I call a ‘light man’ in NYC in my late twenties;  a UFO encounter in southern California when I was thirty-seven.  I have written of these experiences in my two books, and here on this site.  The common feature of these events is the knowledge, gnosis, that there is another world that, without planning or anticipation can, on occasion, break through into this one.

The world that breaks through from elsewhere into ordinary time and place seems to have laws and features of its own:  it bestows a sense of Otherness, of something really special approaching what we might call the holy, transpersonal, or sacred; it seems to be made of love, unconditional love; it often comes with a guide or angelic presence; it can be so overwhelming to our ordinary selves that it can seem quite frightening, even terrifying.  However, these visitations are often of such force (whether benign or fearful) that they deeply impact the choices we make, or the knowing about life that we haven’t learned in books or been taught at school, but which comes directly, as it were, to us as a kind of revealed knowledge or disclosure about how things really are.  This kind of knowing can also come to us in dreams and visions and other sorts of anomalous or unusual experiences; for example, during so-called Near-Death Experiences so well reported now in the literature, or in the feeling of being addressed by the Crop Circle formations appearing each spring and summer.

I am writing of these experiences by way of introduction because, looking back, I feel that my life has been deeply informed by this breakthrough sensibility and way of looking at things, this secret background world that no-one speaks of, yet is everywhere to be found in human experience cross-culturally if we care to look.  And I strongly believe that we live at a time, a period in history when, because we have become so severed from our true Source as human beings—a hiatus that has led to all sorts of problems with ourselves, each other, our Earth and the other creatures and beings on it, as well as other not-of-this-Earth civilizations—that we are being called to Wake Up to who we truly are and to live, once again, in an inter-connected world and wider universe with awareness, wisdom, and love.

But, it is not only experiences of light that have informed the backdrop to my life.  As a child, I also felt profoundly orphaned and often alone, a stranger in a strange land, a misfit, and often uncomfortably out of place.  I have struggled with feelings of abandonment and inadequacy, feelings that, as I have matured, I have needed to learn to acknowledge and to enter into an ongoing relationship with.  As a psychotherapist and teacher, I know that many of us struggle with such feelings.  I have learned over the years that these shadows in life also contain great riches if we can mine their depths to discover the energy they contain that can be put into more creative endeavors; they are life’s irritations that fruitfully can help create the individual pearl that each of us also is.

My writing, teaching, and workshops, are devoted to this alchemical task of transformation and Waking Up.  My books and articles wish to emphasize especially the reality of the Other world breaking through in our time, an in-between landscape that unifies opposites and brings the subtle imaginal world into prominence once again. The way of access to the Other world is through the imagination, and the imagination for many traditions is a true reality that resides in the human heart.

My website is hopefully a place where you can feel at home, where your deepest truth can find solace and hope, and your soul feel welcomed and nourished.